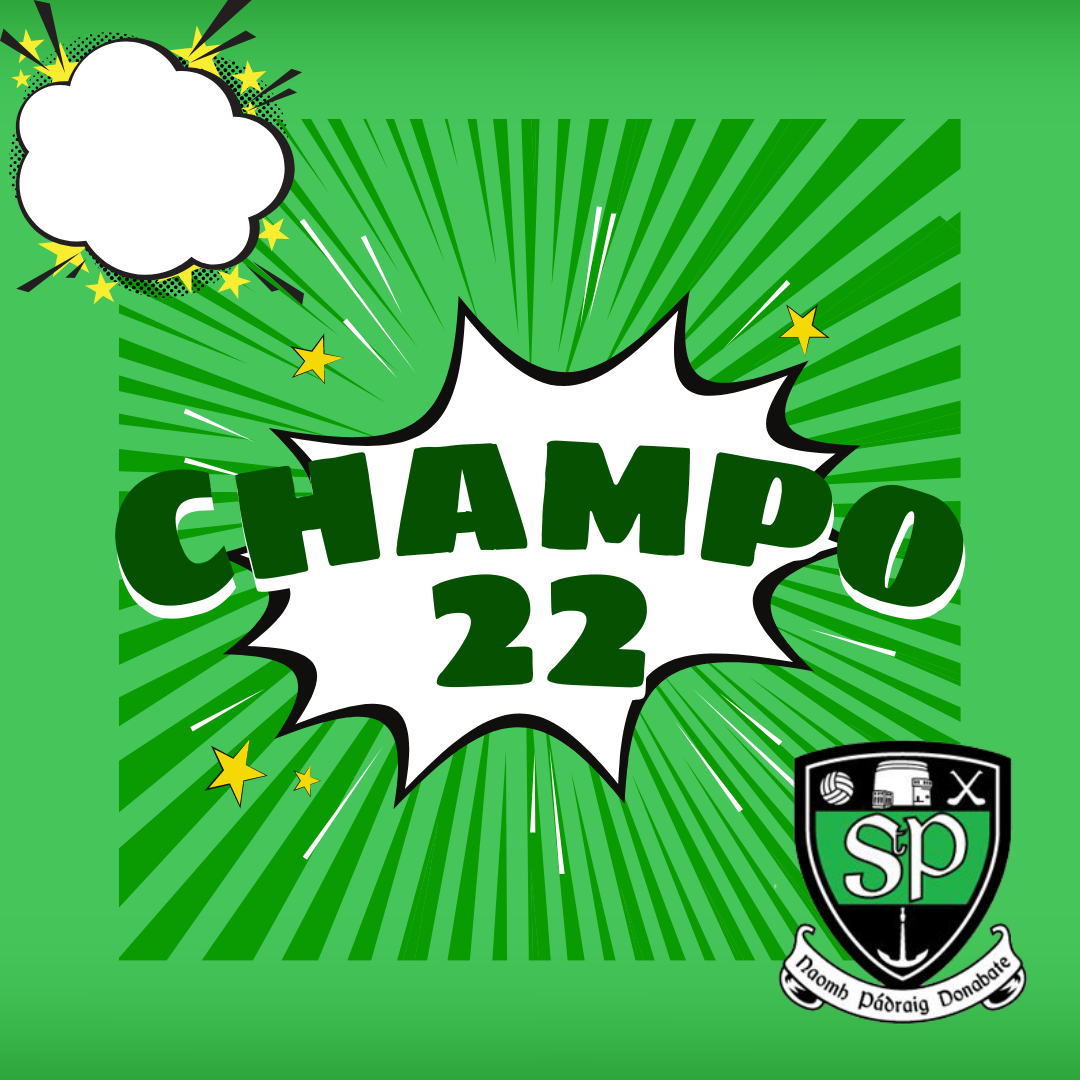 Our Hurlers began their Championship tonight with a great home win against Maurs.

Next up in Pats Championship campaigns are our second Ladies squad who play Erin go Bragh out in Clonee tomorrow evening. A win away would see them gain a SemiFinal berth in their very first year in existence!

Our first Ladies squad are in the very desirable position of topping their group regardless of how the other group results fall tomorrow night. They’re on course for a home SemiFinal next Wednesday 19h30, 27 July.

Our Senior Championship games along with our Championship SemiFinals and Finals will be live-tweeted from StPatsDonabate. All game results and fixtures will go up on ClubZap.

Loads of talk in the media recently saying 'it's coming h...

There are 8 tee times available for Friday week's Golf Cl...

It’s now a tradition in Pats to have a mascot from the ju...

It’s such a wonderful time to be a Pats player / member.W...

Thanks so much to everyone who’s booked their slot for 19...