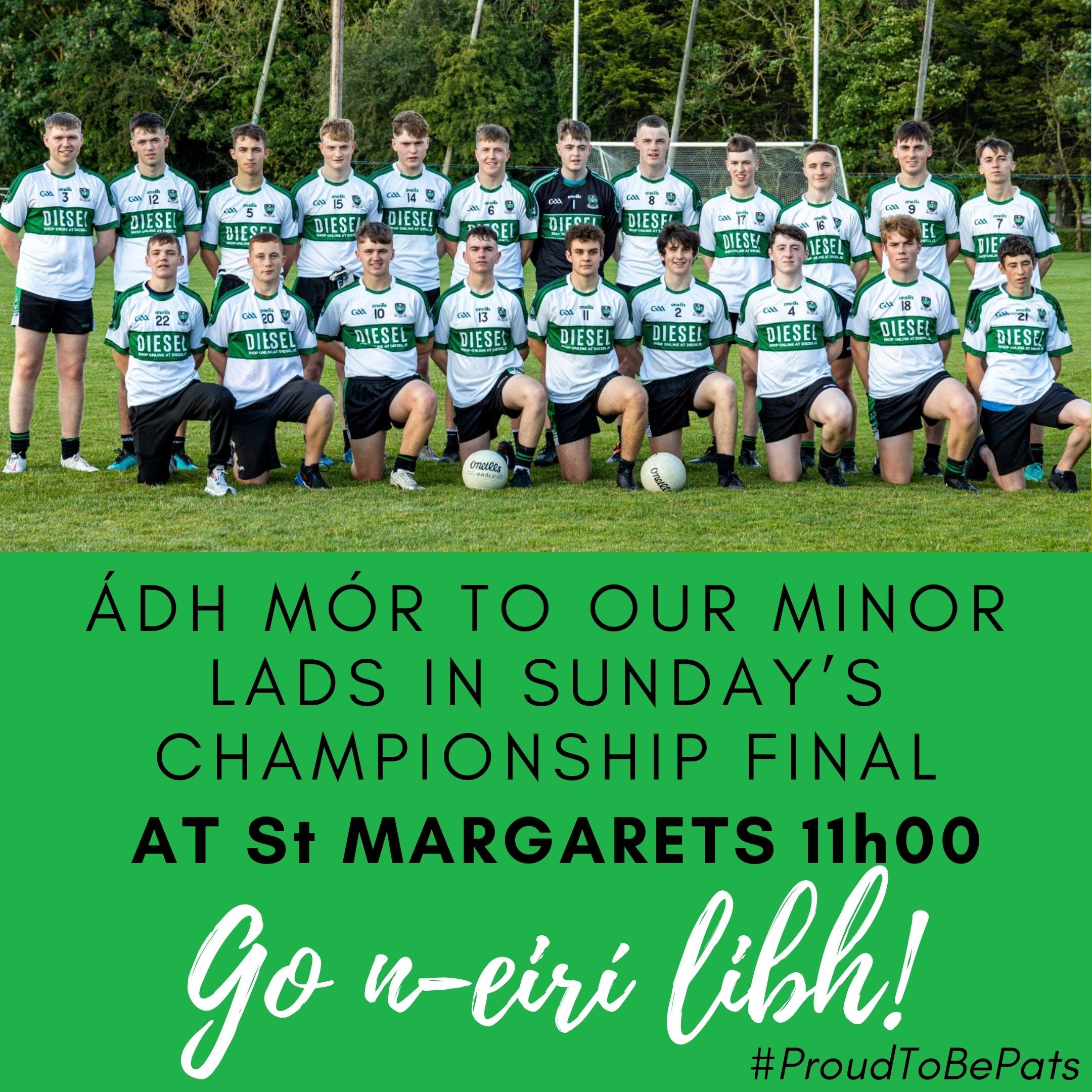 Everyone in PatsLand is absolutely buzzing at the thought of the three County Finals ahead of us.
The first of these monster games is against Fingal Ravens on Sunday morning over at neutral St Margaret’s Grounds 11h00.

Our lads have been primed and trained by their crack squad of mentors - Adrian Matthews, Austin Shields, Joe Carr, Kevin McGill, Ray Brett & Ray Murphy with Eóin Byrne & Marius McGarrell - headed up by Derek Keogh. The squad attacked the Minor League with their eyes firmly on the prize. Having won that final during Mini All Ireland week, they’re now focused on finishing their Championship season.

Pats v Ravens is going to be a belter of a clash and we’re looking forward to seeing the Black n Green there to support our lads.

We’ve watched these lads come through from Academy times, they’ve proved their mettle time and time again. Many of these lads have acted as Cinnirí at our camps and Referees at Go Games & MAIs. When the Club needed their help at events, they’ve stepped up and now we step up behind them to be the 16th man on Sunday.