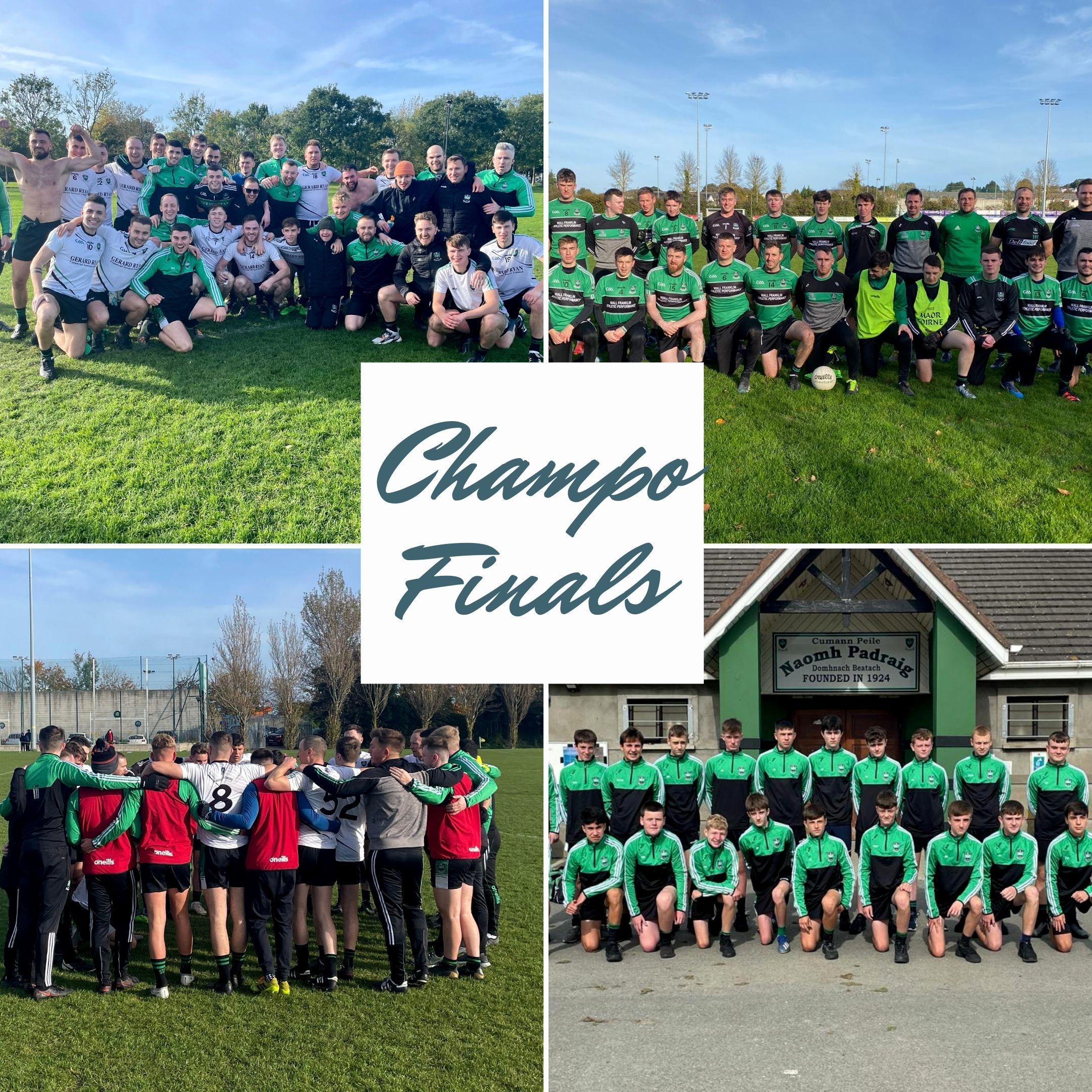 We don’t know how there was anyone left in the parish this morning because the sidelines of Ringsend, Malahide & Thomastown were filled with Pats People who well exceeded their roles as the 16th men!!

In Ringsend, our Inter Footballers put in a fabulous performance running out 1-08 to 4-15 winners to make the Intermediate Football Championship (IFC) Final for the second time since 2015.

We know our opponents will be Round Towers Clondalkin who came back from being a point down to win by a point in the dying minutes of the game 0-13 to 0-12.
The final is due to take place 21 November and we’ll find out on Tuesday evening where the game will be held. (Once we know, we’ll update the ClubZap fixture on the app.)

Over in Malahide, the going wasn’t quite so easy. Our lads fought hard to come back from a 4 point deficit in the Junior Football Championship (JFC) 3 SemiFinal to win 0-06 to 0-08. Don’t let the score line fool you - this was one of those ‘all in’ clashes and Pats went all in to make back-to-back Championship Finals.

We know our opponents will be Ballyboden who beat Clontarf 5-13 to 0-13 but won’t find out the venue for the 21 November final until Tuesday night.

Over in Thomastown, in the Féile Final, a strong start by Cuala’s A squad put the game up to the Pats lads from the whistle. In the end, it was their superior start that gave Cuala victory.
Our boys gave it all on the pitch and we could’ve asked no more of them.
A silver medal in Féile is a good achievement but a silver medal after the 18 months of changes and cancellations that we’ve all lived through is a great achievement!
Titles come and go but the courage, camaraderie and maturity shown by our boys will stand to them forever. We just couldn’t be any more #ProudToBePats