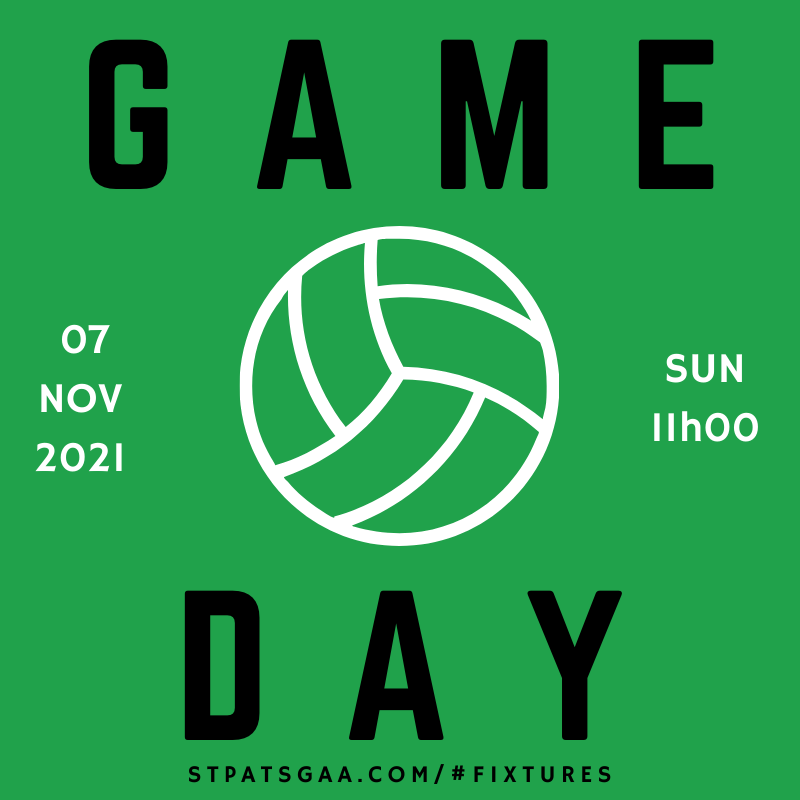 This Sunday we're back in the throes of Championship Semi Final and Féile Final action with road-trips for our crew.

At 11h00, our Inter Footballers face Clanna Gael Fontenoy out in Ringsend in the Intermediate Football Championship Semi Final at Monastery Road.
On the other side of the draw Round Towers Clondalkin take on Scoil Ui Chonnaill at Monastery Road.
The winners will meet each other in the Championship Final on 21 November.
Some of our lads were on the squad that made the final previously in 2015 losing out to St Vincents on the day. They've trained long and hard; they're primed and ready for the challenge ahead.
We'll be live-tweeting the game for those unable to travel but we'd welcome all support on the day to drown out the home support that Clanna Gael are expecting.

At the same time, 11h00 our Junior Footballers head over to Malahide to take on St Sylvesters in the Junior 3 Championship Semi Final.
On the other side of the draw, Clontarf head over to Ballyboden's Pairc Ui Murchu for that clash.
Our lads won Championship last year, so they know the taste of victory and their heads are up to enjoy that again.
We'll be tweeting quarter score updates from the game but again, we'd love to hear the Pats Roar at the sideline to cheer on the lads.

30 minutes later, our Flying Feile Fifteens will be throwing in at their U15 Féile Final over in Thomastown.
They'll be taking on the might of Cuala A who are equally keen to take the trophy.
Our lads have fought through some tough encounters to reach the final of the Juvenile Event of the Year.
They've been delighted to have such support on the sidelines at the home matches but this time, they'll be counting on the Pats Roar to cross the border to South Dublin.

Before those games, on Saturday our U14 second squad will play their U14 Cup Final against Na Fianna 13h30 over at St Vincent's School pitch in Glasnevin.
To reach the final, our boys have taken the scalps of Erin's Isle's, St Pats Palmerstown's and Naomh Olaf's second teams - no mean feat.
It's going to be a cracker of a game but the boys in Green n Black don't balk from any challenge and they'll play their hearts out - as they always do - for the entire game.
Maith sibh!

Last Sunday, our Division 7 Hurlers faced a tough encounter over at Mobhi Road where they had to face a Division 5 squad in order to gain a place in the Junior D Championship Final.
Despite a purple patch just before half-time, it proved just too much an ask and we bowed out heads-high at SemiFinal stage.
It was great to see the support on the sideline particularly to see our young juvenile hurlers following their elders.
Hurling is fast becoming embedded in Pats and we're excited to see the progress in the years ahead as our U13s will reach minor and adult level.

At the same time over in Balbriggan, our Minor Lads faced a determined O'Dwyers side with their eyes on the prize of a spot in the Minor C Championship Final.
The game could've gone either way with our lads ahead by 4 points at half time but some seriously clinical finishing during the opening minutes of the second half saw our lads pull further away.
A final score 3-13 to 1-07 saw Pats take the win and book their spot in the Final against Fingal Ravens next Sunday 14 November 11h00 at St Margarets.