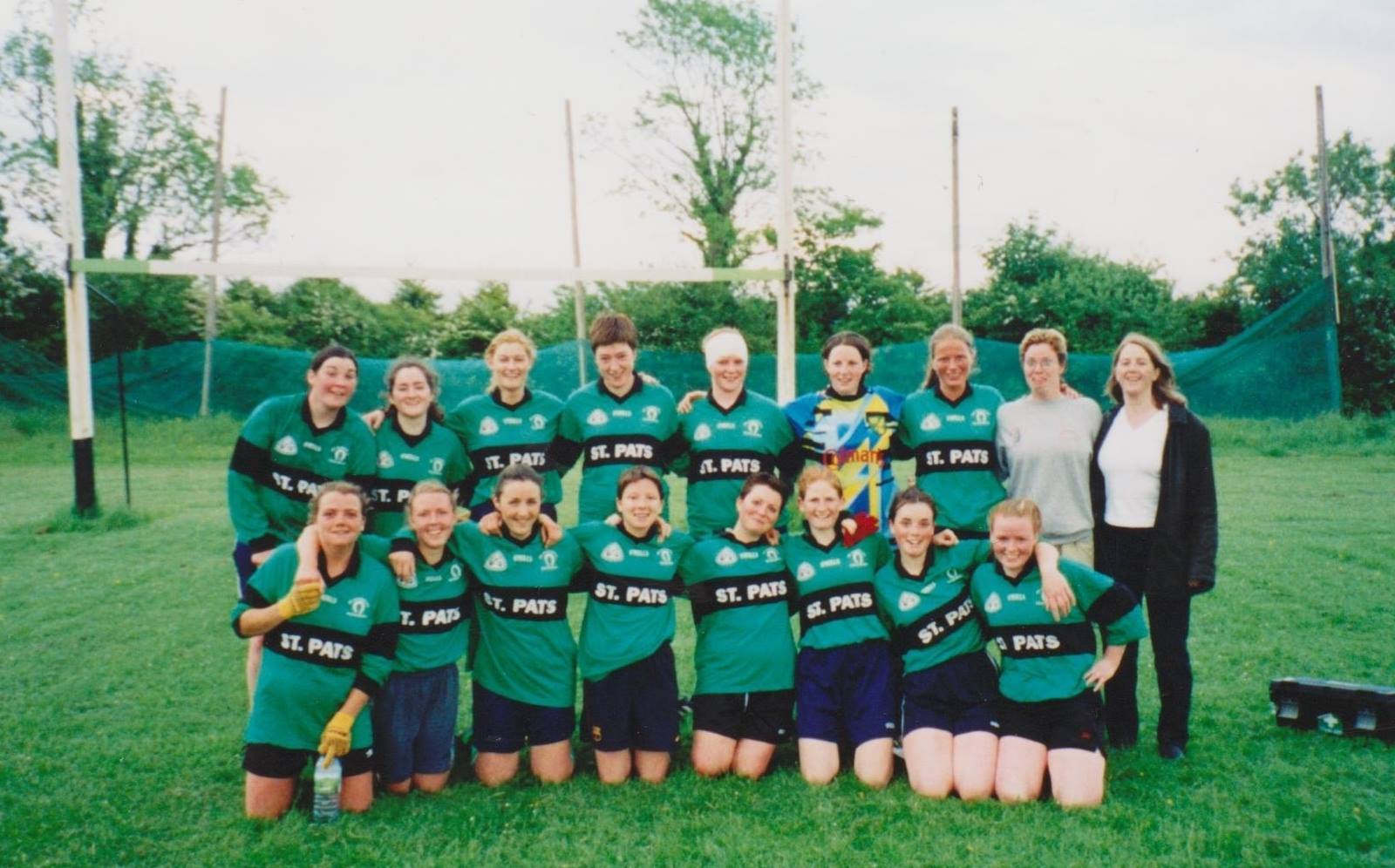 The Club were delighted to be chosen as the subject of Dublin LGFA's Club Focus for March 2021. This nod was received to mark both St Patrick's Day and to recognise the huge development in LGFA in our Club.

St Pats Donabate have grown from a small North Dublin football club set up in 1924 to a 900+ member club covering Ladies Football, Camogie, Gaelic Football & Hurling and operating on the ‘One Club’ model sharing Clubhouse and pitches.

The club is active in the primary and secondary schools where their players enjoy the best of Club & School coaching & fixtures.

A task force was set up with the Club’s Juvenile Chairperson to increase the number of LGFA teams with the aim of having a team every 2 years.

Their social media hashtag is #ProudToBePats and they now proudly boast LGFA teams at almost every year. LGFA is the fastest growing section of the Club!

They’ve also increased their female representation on the Club Executive and committees; female player representation on player committees now accepted as standard. Their referees all learn LGFA, Football & Hurling rules ensuring that future players are aware of all sections of this growing club.

During the 2020 lockdown, the Club operated a ‘Helping Hand Drive’ organised by the Men’s First Squad but backed up by the Adult Ladies Squad. To buoy everyone up over the summer, they ran a successful series of daily interviews with players, coaches, club officers & mascots. They are now running weekly video interviews on Facebook while they bide their time to return to play.

Despite the restrictions, 2020 was a successful year for LGFA in the Club. Their Adult squad – mentored by Aidan Coppinger & Adrian Brophy – only missed out progressing to their Championship Semi Final on goal difference. They went on to beat a strong Kickhams side in the Shield Final.

The teams are keen to return to play and are hungry for success. Once the lockdown is lifted, Ballymastone will ring with the shouts of the players back on the pitches. The Strength & Conditioning and Tactic sessions on zoom will gladly be ditched to be replaced by Real Life training with their friends & coaches.

If you live in Donabate/Portrane and you’d like to get involved in LGFA – juvenile or adult – or G4M&O, just contact them at info@stpatsgaa.com. Ní neart go cur le cheile."

Please email info@stpatsgaa.com by COB today to get your ...

Fertiliser is currently being spread on Pitches 1 &amp; 2...

Between ourselves and St Ita's, we had reports of two nea...

Referee Shortage in Pats and across Dublin

There’s no getting around it - we have a shortage of refe...

Wins all round at Championship

It's been a busy but brilliant day in PatsLand.In the Int...